This past June we had the honor of hosting a seminar with Andrey Malanichev. Hailing from Russia, Andrey holds the honor of posting the highest total ever achieved in the sport of powerlifting through a 1,069 lb squat, 562 lb bench press, and 880 lb deadlift. For years he was untouched as the world record holder in the squat and he’s also deadlifted 900+ lbs in training. Needless to say, he’s pretty strong.

Andrey came to Kratos to share his knowledge about training and talk in-depth about his best lift, the squat. Here’s some of the biggest takeaways from the seminar:

If you missed this summer’s seminar be sure to sign up for the next event with Andrey in January! This time around we’ll spend a full day covering all three of the basic lifts and Andrey will dispense even more wisdom. Sign up here and come prepared to lift and learn!

This site uses Akismet to reduce spam. Learn how your comment data is processed. 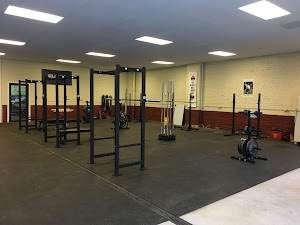 Scott Doyle
18:14 17 Apr 18
I had a great experience at Kratos. Bill was very knowledgeable and helped me with a form check. He took a lot of extra time to explain everything and discuss in detail which I really appreciated. I would definitely recommend this place to anyone in the Chicago area looking for a Starting Strength coach.

Paul Chung
01:35 22 Jun 18
Had two awesome sessions with Bill. He really helped me with my technique and genuinely wanted me to lift better so that I could get stronger. Would definitely recommend for anyone wanting to lift stronger.

Stewart Wall
15:18 14 Feb 18
I stopped in to get some form coaching from Bill on the squat, press, and deadlift. I was very impressed by his ability to quickly cue the changes that were needed to iron out a few issues. I'm excited to continue training after his help! Bill is highly talented at coaching, extremely personable, and you can tell that he loves coaching. Every time that I am in the area I will stop by Kratos for a workout and to get an outside eye on my technique. Anyone that is interested in beginning strength training, coming back after a layoff, or just looking to refine their technique can't go wrong with this gym.

Dan Collier
14:11 27 Mar 18
The two hours I spent with Bill going through the 5 core lifts were invaluable. Within minutes we were able to make corrections to my technique that would have taken me many hours of you-tubing and reading to figure out(if at all).

Maggie Carter
16:16 14 Feb 18
When I started lifting with Bill I had a preexisting knee injury from high school basketball which kept me from even squatting my body weight. Now, after a couple years training, I am squatting upwards of 200 lbs for multiple reps. Bill genuinely wants to help you get stronger and improve your quality of life. Do yourself a favor and reach out to him.
See All Reviews
Facebook API Rating: {"error":{"message":"Error validating access token: The session has been invalidated because the user changed their password or Facebook has changed the session for security reasons.","type":"OAuthException","code":190,"error_subcode":460,"fbtrace_id":"AvWRzyqxZhVIBqUVJpoVZjU"}}